Home / How We Help / Giving Tuesday 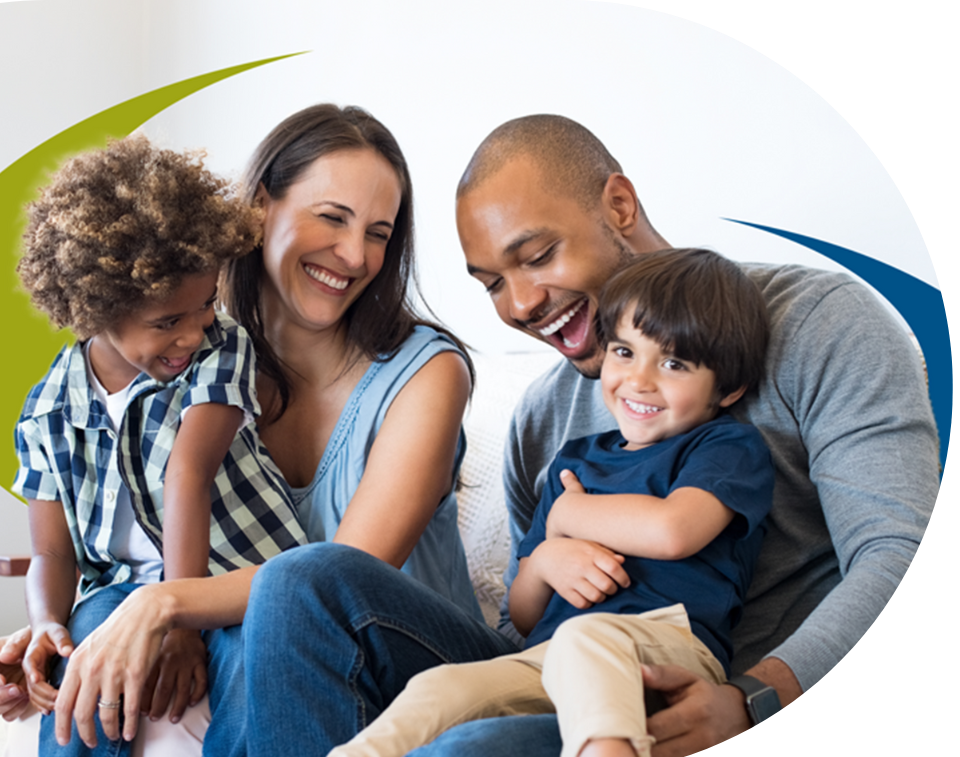 Nearly one in three of our Iowan neighbors needing mental health care cannot access it due to the cost. That’s why we’re raising funds to ensure finances are never a barrier to care!

Your generosity breaks down financial barriers by enabling us to provide counseling and substance abuse services to everyone regardless of their ability to pay. With your support, we can continue to offer a lifeline to Iowans in need.

How your donations make a difference

As a nonprofit, the generosity of fellow mental health advocates enables us to offer our outpatient counseling program and substance abuse evaluations & treatment on a sliding-fee scale. Everyone has unique circumstances, and we believe finances should never interfere with health care. A sliding-fee scale means we adjust fees based on income to address income inequality and increase access to care.

Every gift we receive is significant in funding our efforts to support the mental health of our community. Below are optional donation levels. No amount is too small, and every dollar raised makes a difference in the thousands of lives we serve every year! 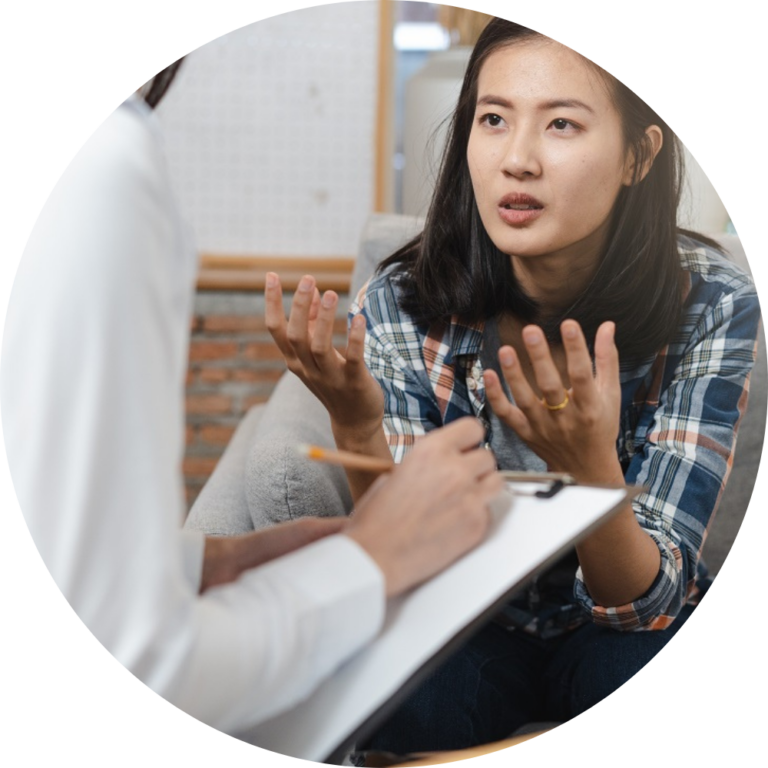 $1-25: Helps a low-income person struggling with addiction receive an assessment through 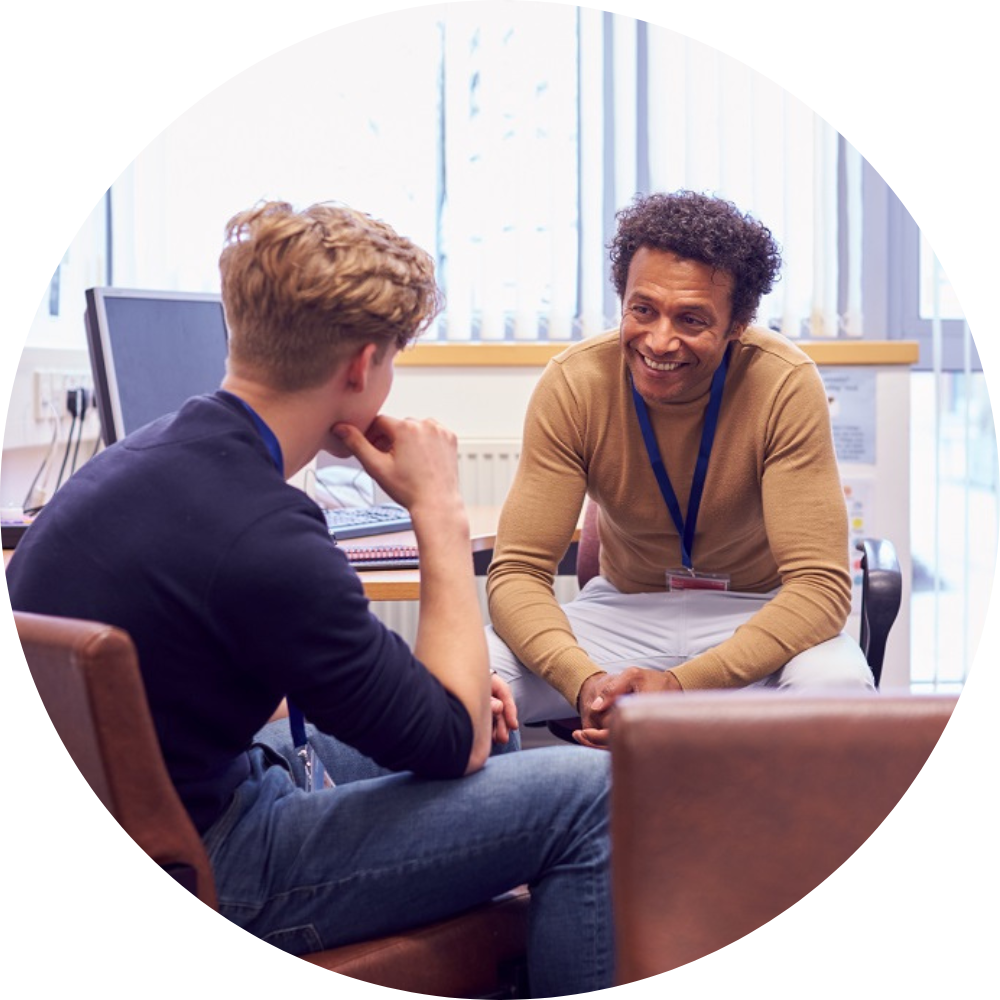 $50: Provides one hour of counseling for a student through EFR’s Student Assistance Program (SAP). 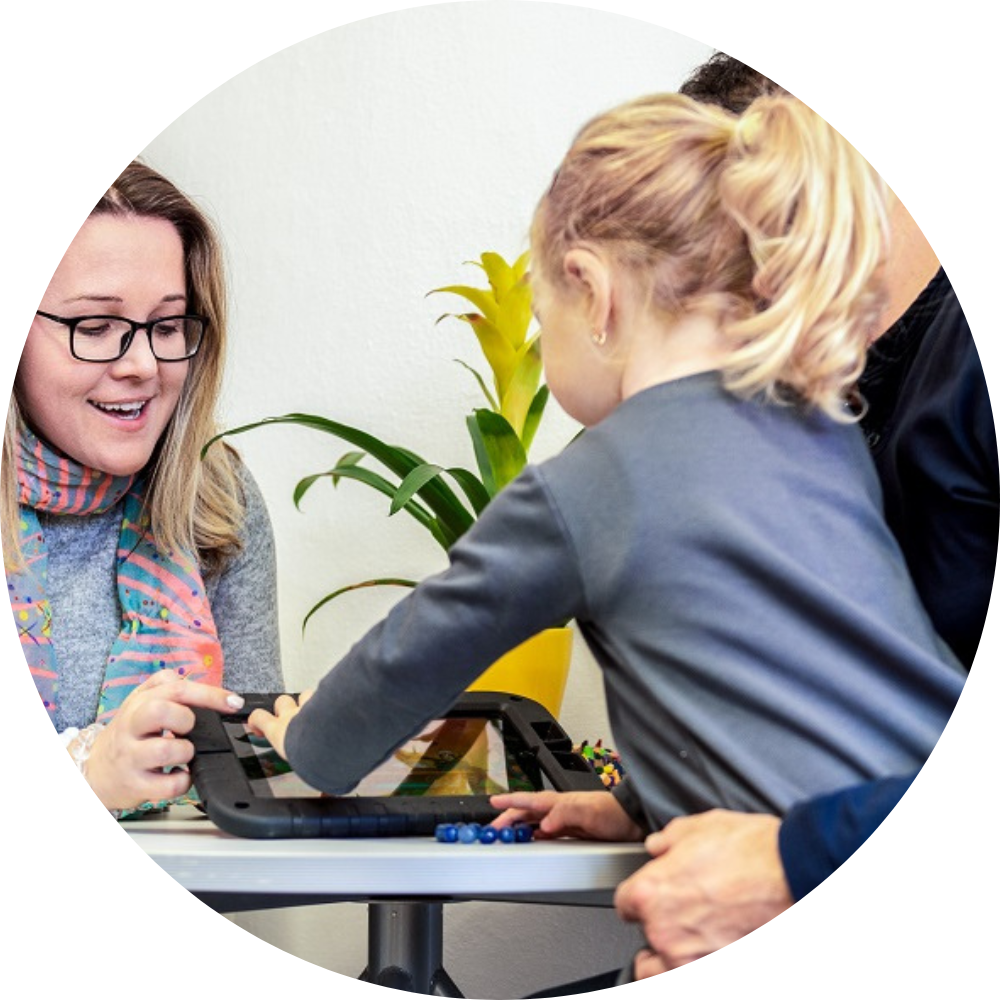 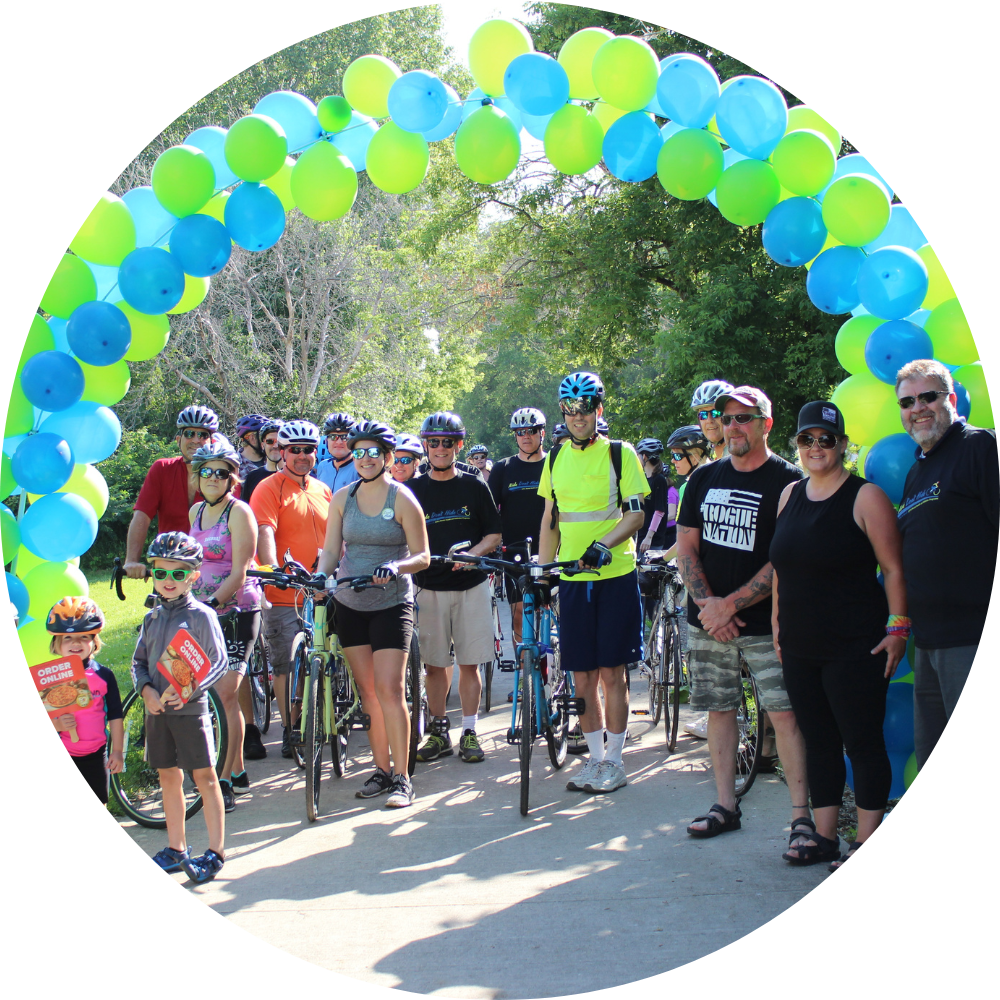 All donations are tax deductible as prescribed by law. Employee & Family Resources is a 501(c)(3) nonprofit organization.

Note: If you donate a gift of $100 or more, you will be listed in EFR’s annual report!

Stories of impact from the people we serve. 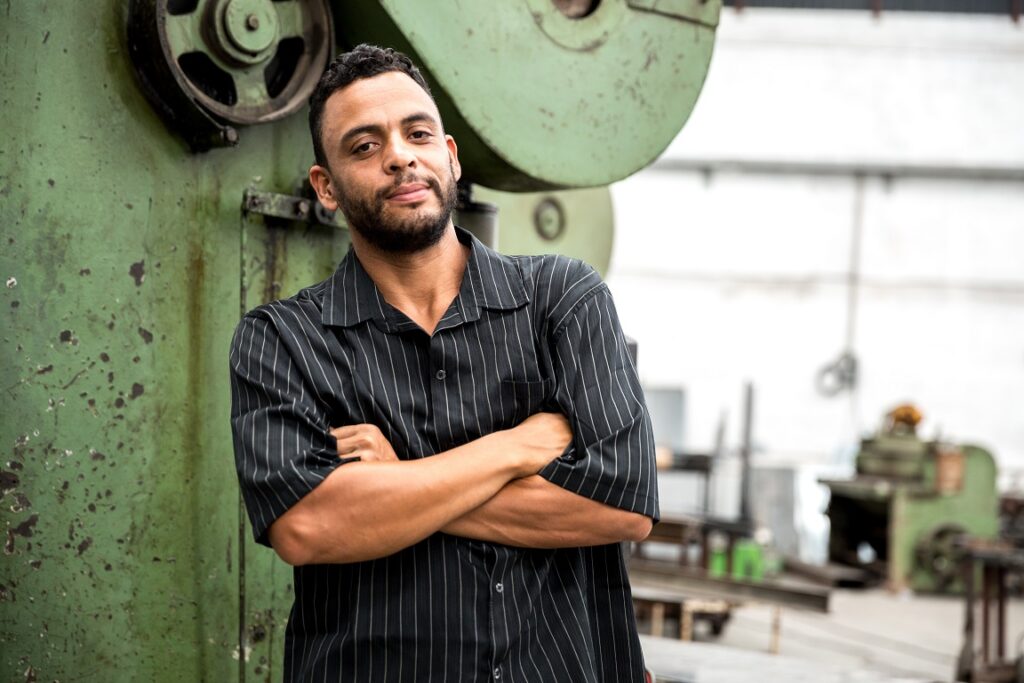 Derek’s career dissatisfaction is what led him to access EAP services. He contemplated seeking employment out of state but recognized this would mean uprooting his entire family. Such a significant decision felt paralyzing. With career and family considerations weighing heavy on his mind, he reached out to an EAP counselor to help him make sense of it all. 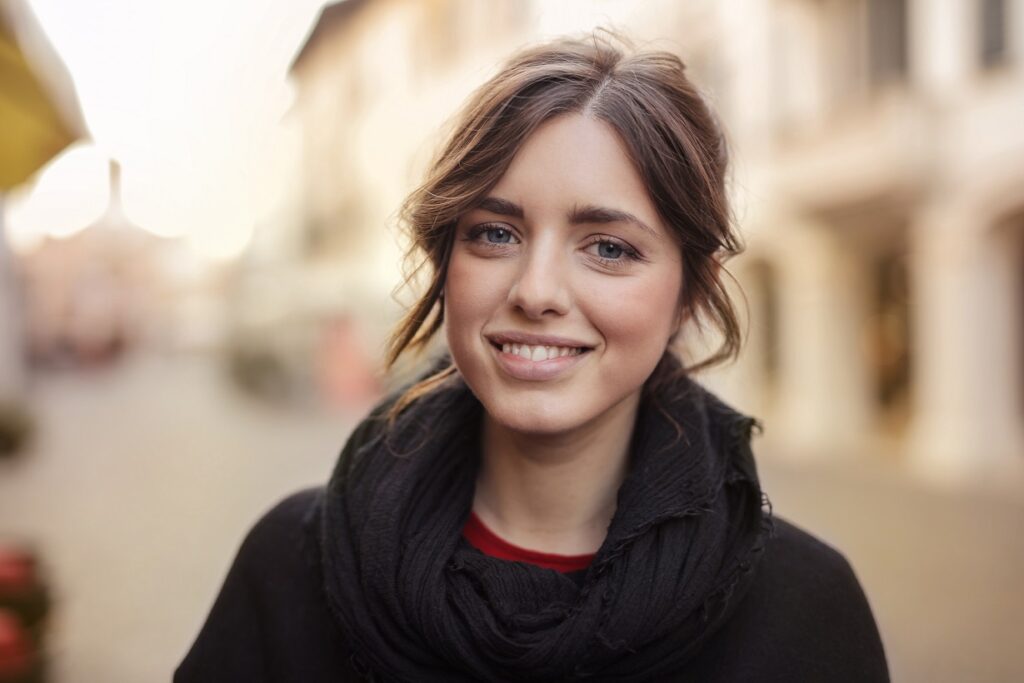 After her father’s death, Anna wrestled with grief, anxiety, and a storm of intense emotions that left her struggling to stay anchored. Recognizing she could not weather this loss alone, she sought support through EFR’s outpatient counseling. 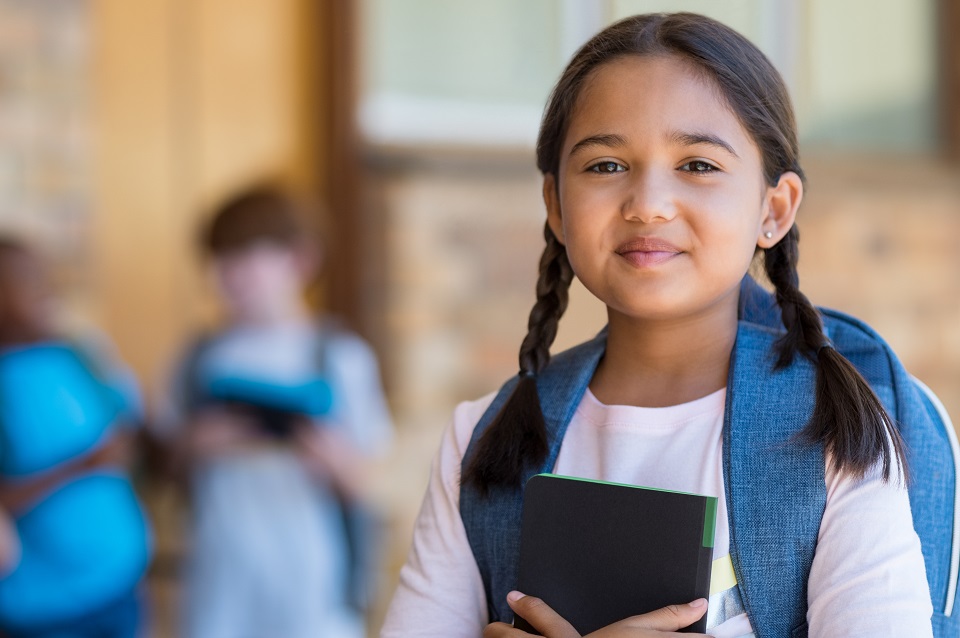 Zoe, an elementary-aged student, was placed with foster parents during an active DHS case. Witnessing traumatic events and being separated from her biological parents fractured her sense of security and stability. After struggling to help Zoe through emotional outbursts, defiance, and trust issues, her foster parents sought outpatient counseling with EFR.

Other ways to give 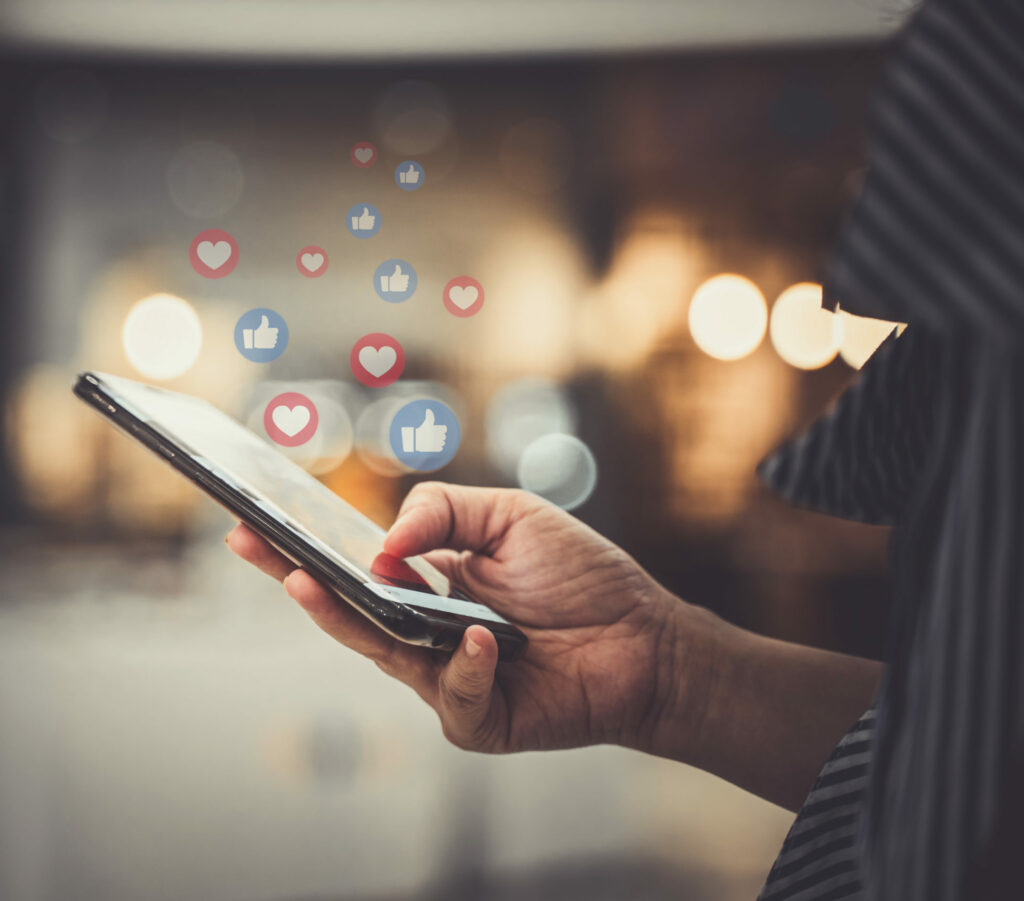 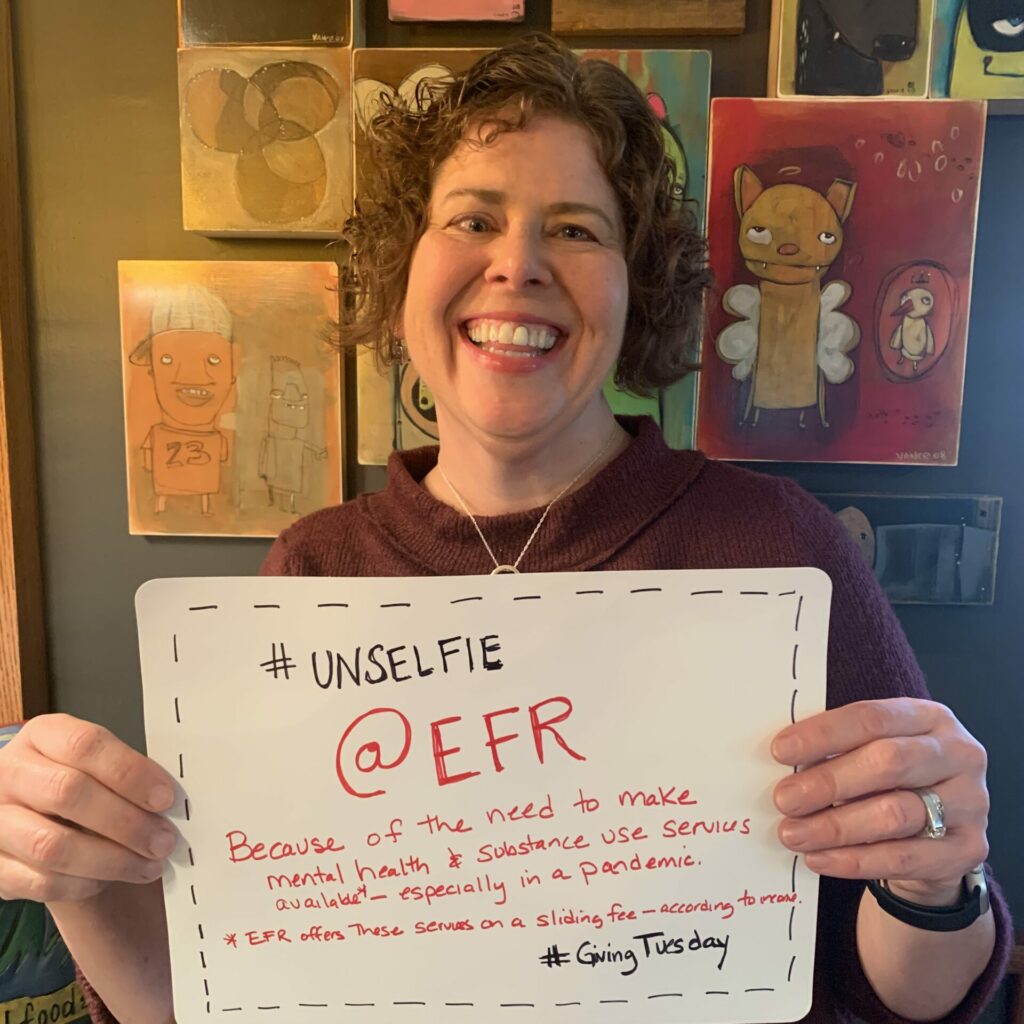 Whether you use your time, talent, or donations, you can make a difference this Giving Tuesday. Connect with us on social media, and check out a few simple ways to spread generosity online!

Contact Us
Board member portal Careers: Work at EFR Write a Testimonial Inside EFR Donate

2nd floor of the building

This website uses cookies to improve your experience while you navigate through the website. Out of these, the cookies that are categorized as necessary are stored on your browser as they are essential for the working of basic functionalities of the website. We also use third-party cookies that help us analyze and understand how you use this website. These cookies will be stored in your browser only with your consent. You also have the option to opt-out of these cookies. But opting out of some of these cookies may affect your browsing experience.
Necessary Always Enabled
Necessary cookies are absolutely essential for the website to function properly. These cookies ensure basic functionalities and security features of the website, anonymously.
Functional
Functional cookies help to perform certain functionalities like sharing the content of the website on social media platforms, collect feedbacks, and other third-party features.
Performance
Performance cookies are used to understand and analyze the key performance indexes of the website which helps in delivering a better user experience for the visitors.
Analytics
Analytical cookies are used to understand how visitors interact with the website. These cookies help provide information on metrics the number of visitors, bounce rate, traffic source, etc.
Advertisement
Advertisement cookies are used to provide visitors with relevant ads and marketing campaigns. These cookies track visitors across websites and collect information to provide customized ads.
Others
Other uncategorized cookies are those that are being analyzed and have not been classified into a category as yet.
SAVE & ACCEPT

Derek’s career dissatisfaction is what led him to access EAP services. He contemplated seeking employment out of state but recognized this would mean uprooting his entire family. Such a significant decision felt paralyzing. With career discontent and family considerations weighing heavy on his mind, Derek reached out to an EAP counselor to help him make sense of his emotions.

With the help of his counselor, Derek dug into the root of his job dissatisfaction. He uncovered what held him back from communicating his needs to his supervisor, with whom he shared a lot of trust. After using two of his six sessions, Derek dropped off without scheduling any additional appointments. Such an outcome isn’t unusual with EAP services – we don’t always know how things end up for the people we work alongside. But after a few months, Derek’s counselor received an unexpected message in her inbox. With his permission, the email stated in part:

I know it has been a while since we last visited, but I wanted to follow up and say a big thank you for listening as I processed some issues with my work life. You helped me clarify and address some really important points of stress in my job, and our conversations also helped me reinforce a set of boundaries and expectations in my work setting. As a result, I did make the decision to pursue other opportunities, but with patience and intentionality.

I suspect you may not hear from all of your clients about how you made a positive and lasting difference through your work. But please know I thought of our conversations often, and they guided me as I worked through some very significant discernment in my life. I am grateful for you!

Such updates are rare yet welcomed. They reinforce the essential role of our EAP; to listen and guide clients as they work on their timeline to make, sometimes significant, change.

After her father’s death, Anna wrestled with grief, anxiety, and a storm of intense emotions that left her struggling to stay anchored. Recognizing she could not weather this loss alone, she sought support through EFR’s outpatient counseling. With the help of her therapist, Anna uncovered the guilt and sorrow underlying her initial grief. Together they practiced methods to effectively combat the daily anxiety that frequented her life since her father’s passing.

Rather than suppressing or allowing intense emotions to consume her, Anna developed the skills to regulate them. She established stronger connections with her loved ones and learned how to communicate her needs in a way that allowed them to support her. With a healthy foundation of emotional regulation established, Anna is transitioning to less frequent sessions with her therapist. She continues to hone her abilities and takes steps each day to grow through her grief.

Zoe, an elementary-aged student, was placed with foster parents during an active DHS case. Witnessing traumatic events and being separated from her biological parents fractured her sense of security and stability. After struggling to help Zoe through emotional outbursts, defiance, and trust issues, her foster parents sought outpatient counseling with EFR.

Today, Zoe and her parents have successfully graduated from PCIT. Zoe navigates big emotions with more skill and continues to work with her therapist. Her parents learned the tools necessary to create structure and stability while working through misbehaviors. With the support of her new family, Zoe is developing close relationships built on love and trust.